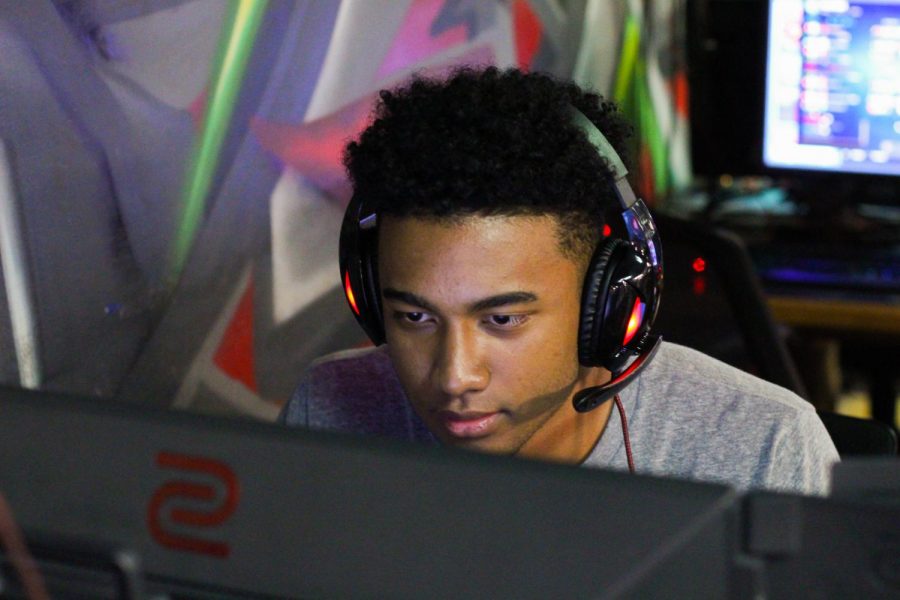 DiAeris McRaven (12) stays focused on the screen, in attempts to make the first Moanalua e-sports team.

On Saturday, September 14th, the Moanalua High School ESports team had their League of Legends tryouts at PC Gamerz Hawaii. Around 35 students came to PC Gamerz Hawaii to compete for the top 10 spots on the team.

League of Legends is a fast- paced, competitive “five versus five” game where team communication and individual skill come hand- to-hand. Kyler ‘Ktad’ Tandel, helper of PC Gamerz, ex- plains how tryouts were run. “Think of it as like a progres- sional tournament. People in the lower parts of the ladder (the lower ranked players), are all playing for certain spots to move on. The guys that were already playing at the top of the ladder, they will be playing later on in the day. Everyone else has to earn their way up,” Tandel said.

Everyone had their ups- and-downs that day. From getting interviewed on the twitch stream to slumping down on a chair after a frus- trating loss, the whole try- outs day was quite the ex- perience. “There was that feeling in the air: of compe- tition, pressure, anxiety, but also excitement, because you want to win, but you’re also scared to lose,” Tandel adds.