The Takeover of Tik-Tok 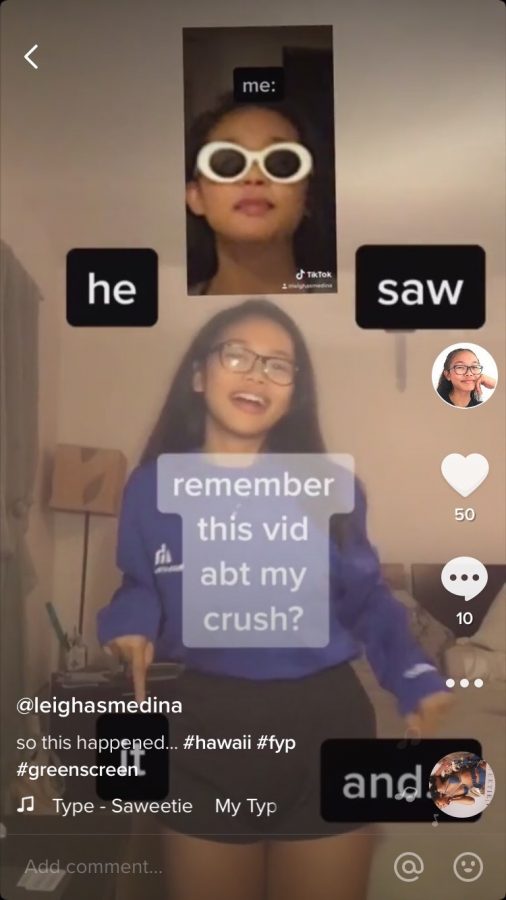 In 2019, the app TikTok was launched taking social media by storm. Once named, Musical.ly, TikTok is a social media video app for creating short lip-sync, comedy and talent videos.

Musical.ly, launched in 2014, shifted kid’s attention from selfies to lip-synching over a variety of music. According to variety.com, Musical.ly became a hit since its original launch, with more than 100 million active monthly users, so popular that they even had their own celebrities called “Musers”. By September 2017, however, the popular music app was transformed into the new sensation, TikTok.

So how can TikTok be downloaded more than older social media? Some people such as Moanalua High School freshman Alia Fatty believes that “Instagram has always been there but TikTok is something new and everybody always want something new.”

Two years after the initial release, TikTok had over 500 million active users. Vox.com reports that TikTok surpassed Facebook, Instagram, Youtube and Snapchat in monthly installs a year after its launch, and was downloaded more than a billion times. But where did this rapid increase of popularity come from?

Like any other famous origin, TikTok was fairly a joke amongst teenagers, something to make, never seen as anything more than a new Musical.ly. An unpredictable answer to TikTok’s popularity is,”People were making fun of it,’’ junior Matt Willy said.

One answer could be that since TikTok is a reboot of Musical.ly, most of the popularity is from Musical.ly’s millions of users that were switched over to TikTok. Moanalua High School senior Anisia McCray was one of many TikTok users that “was on Musical.ly [and] left for a couple of years, came back and it was transferred to TikTok,” McCray said.

TikTok was the target of everyone’s joke but, “Around summer that’s when memes started going on TikTok and people started downloading it more, they joined it ironically and it became unironic,” junior Riley Morales said.

The culture of TikTok started affecting people’s fashion choices because “People influence other people and seeing people have fun with this newer trend makes everyone else want to do it. If you’re a part of a trend it seems cool,” Morales said.

The indulging fashion, dance and comedy of TikTok could not be contained within the app and branched into other social media apps such as Youtube and Instagram. With Youtubers posting their reaction to TikTok trends and Instagram accounts dedicated to sharing the jokes of TikTok, it isn’t uncommon for a person without the app to know every dance move and fashion of TikTok.

“I would say anyone shares the TikTok around other social media platforms, I see my friends repost TikTok on their Instagram, sometimes I see a bit on Twitter, not a lot on Snapchat but definitely on Youtube, there are a lot of TikTok compilations,” junior Morales added. Whereas junior Vivian Hui believes, “Before TikTok became Westernized it was a really big Asian app, there was always Chinese, Japanese and Korean things on it. Instagram is famous in America but not so much in Asia, that’s why it’s downloaded more than Instagram because it applies to more countries before it [became a] Western topic,” Hui said.

Like Instagram, Twitter and Youtube, TikTok has different communities set up to make their wide range audience feel comfortable with the app. From dancing to comedy, TikTok has the group for everyone. Junior Kane Ruiz said “I joined TikTok to engage with the art and meme community.” According to makeuseof.com, a way for TikTok users to gain followers is by following other users to expand a person’s network . Then a TikTok user is able to gain support and followers within a community, such as Morales’ 3,551 followers that are,“50% the cosplay community.”