A Music Star in the Making 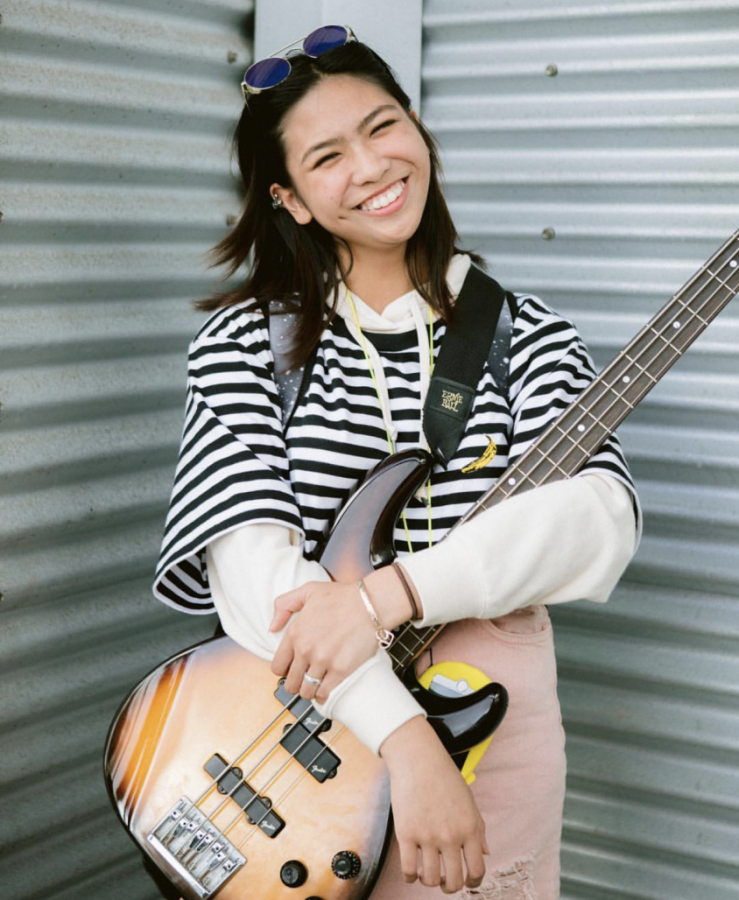 Manamtam poses with her guitar.

Junior Kennedy Manamtam is a talented singer/ songwriter who shook high school with her music. Before winning Moanalua’s talent show in 2018, she started out firmly rooted and familiar with the sounds of music.

“I was always in a family of music so its [always] been a part of my life,”Manamtam said.

Not only does she sing, she also used to participate in BMX races. It was there, however, that truly inspired her to become a singer.

“Seeing my first vocal coach singing the national anthem at my BMX track and that’s what really started me wanting to sing,” Manamtam added.

Of course, the road was not easy. She faced many roadblocks along her path to where she is today, notably her songwriting.

“Especially when emotions like heartbreak or happy emotions that I don’t understand how to write and put into words, but it’s good to look at inspiration of music and start from there,” Manamtam continued.

In 2017, she started a band named “Kennedy Taylor and The Electric Pancakes”.

“I didn’t want to become a person who always sings with tracks. Becoming a band was something that came naturally.” says Manamtam.

Together, they played on the Main island of Hawaii and the 50th State Fair, as well as other small gigs.

“My band members really help me because of the collaborations that we are able to do together,” Manamtam said.

Together with her band, Manamtam has made leaps and bounds in her career. Earlier this year, she performed in China in front of thousands of people. With her entire life still ahead of her, Kennedy looks towards her future career in the music business. This passion radiates to others as well. “Everyone loves her energy.” says Senior Jaime Li, a friend of Kennedy.

“I believe she’s going to do well in life if she continues [singing],” Li added.

“[I want] to become a famous singer, even though that would be a hard career to get into. But I would like to have a [good] career in music because that’s something I’m really passionate about.” Manamtam said.

Manamtam currently performs every Saturday at the Shirokiya Japan Village Walk in Ala Moana Center.