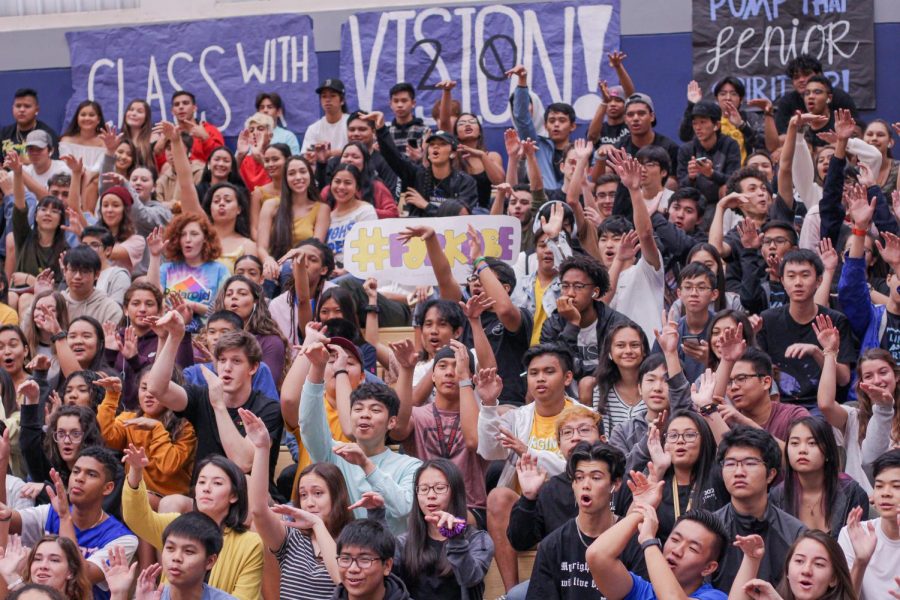 Ryan Ching and Tyler Laguana (aka Tyler Iguana) also performed, with Ching showcasing his dance moves and Laguana doing a musical number. A special appearance was made by former Salt Lake Elementary alumni and local singer Jasmin Nicole, who sang Ariana Grande’s chart-topper “Thank U, Next” and her original song, “Local Boy”.

Following the recent news of basketball star Kobe Bryant’s passing, the senior class of 2020 wore purple, black and yellow in tribute to Bryant, as well as the eight others who died in the helicopter crash. Moanalua PEP Program ended the assembly by thanking Mrs. Wendy Bothelo for her years advising the PEP Program, along with news that she will be retiring soon.