Leonida explores out of this world data 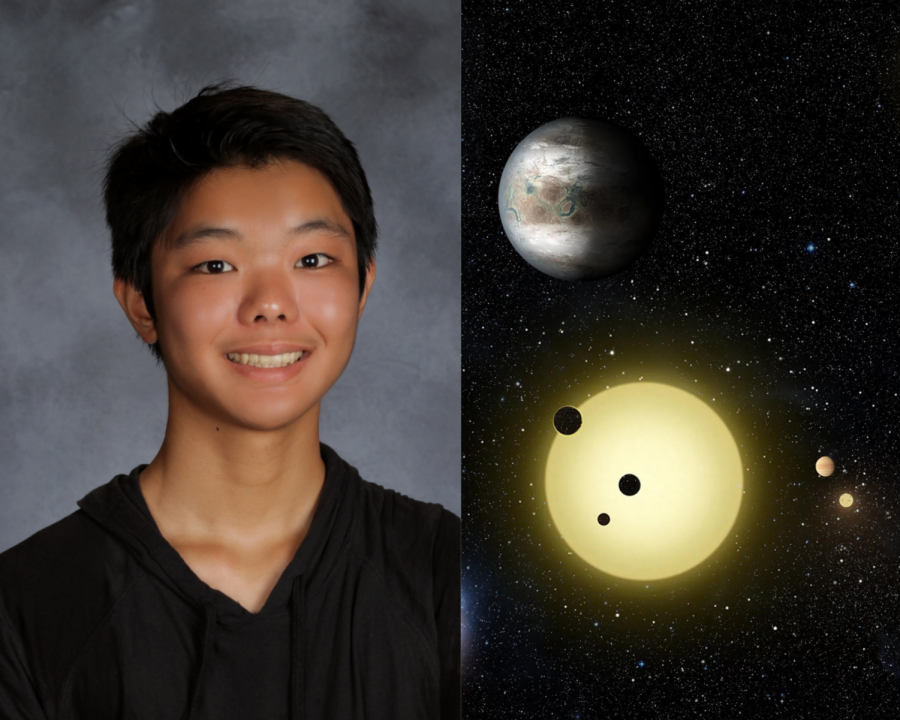 June to July was filled with the same routine for most students. Extra classes, jobs, sports, vacations, and time to finally unwind. One junior at Moanalua, Alex Leonida, had the opportunity to go beyond what’s considered the regular drill, going “out of this world” with his summer program.

The initiative was AI Scholars. Kids are introduced to supervised learning, a subcategory of machine learning, the study of computer data that automatically improves on its own based on previous experience. Under the supervision of professional mentors, groups of students are divided into groups to apply this to a premade project of their choice, with a wide range of subjects to choose from.

Leonida’s project, “Planet Hunters”, was to create an AI model that could differentiate between exoplanets (planets lying outside of the solar system) and non-exoplanets. They used light graphing data; time and light density on a graph showed light curves from a star to Earth. If from that process of transit photometry appeared an exoplanet circling another star, then when the planet goes in front of their star the light curve of the graph will dip.

“If that happens consistently, throughout you know, a couple of years, maybe a couple of decades, then we can predict it is an exoplanet,” Leonida said.

After a link in Google Classroom from Mrs. Nakasuji and his then budding interests, Leonida signed up ready for the program.

“At that time I was interested in coding, and I was already exposed to a little bit of artificial intelligence from one of my friends,” he said. “So I was like ‘Man that looks interesting’, might as well take it.”

A challenge that Leonida’s team ran into was unbalanced data. As there is a low number of known existing exoplanets, there was more data that came out as a non-exoplanet than an exoplanet. Using SMOTE, synthetic minority oversampling technique, (a method in the coding language Python which the program used to solve imbalances in data), they were able to work out their small problem.

Supervised learning didn’t only apply to machine learning; the mentors that Leonida had made the program a much more memorable experience. Not only did they teach lots about the science behind the projects, they were very much supportive to help with any possible confusion that could have come up. Leonida’s “Planet Hunters” group mentor, Sedona Thomas, also had conversations about college, and the often complicated process that comes with it.

“The mentors were extremely helpful. So any questions I had, they answered it,” he said.

In terms of future goals related to what he was able to do in the program, Leonida hopes to continue shooting for the stars with his current knowledge.

“I hope to go somewhere for computer science for college,” he said.