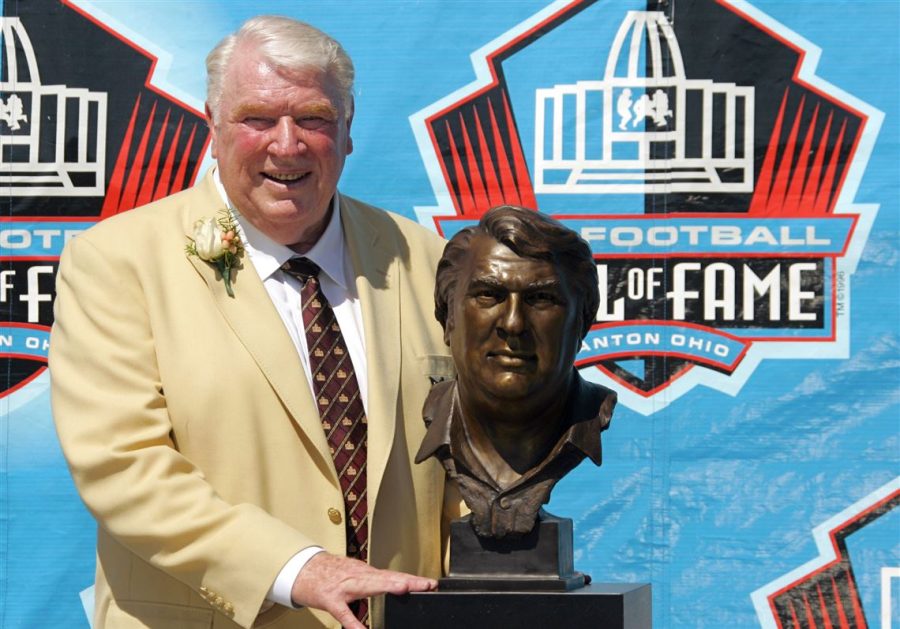 John Madden was inducted into the National Professionalfootball Hall of Fame in 2006. Madden died Dec. 28, 2021.

If you have played John Madden NFL video games, or even heard of them, then you can imagine that to pro football fans and videogamers alike, John Madden is a giant.  Madden, a professional football hall of fame coach and sports commentator, passed away December 28, 2021.

“Madden” is a team vs team game that includes all of the current NFL teams where you can play as any team or player you wish to play as. EA (Electronic Arts) Sports published the first game in 1988 after four years of development and have released annual updates ever since. There are other modes other than team vs team there is also franchise mode where you can coach your own team just like how Madden coached professionally, or you can create your own NFL player and play as that player and try to be the best and make it into the NFL.

Madden was born in Austin, Minnesota on April 10, 1936 to Earl Russell Madden and Marry Madden. In high school, Madden played football and was a star on his team. After high school, he continued his career at the University of Oregon, from where he received a bachelor’s of science in education. Madden was drafted into the NFL in the 21st round by the Philadelphia Eagles in 1958. He entered the NFL but never played a single down due to him injuring his knee during training camp.

In 1960 Madden was an assistant coach at Allan Hancock College and was promoted to head coach in 1962. Over time he gained more and more experience with better and better opportunities. Eventually, he was hired as a linebackers coach for the Oakland Raiders in 1967. On February 4, 1969, Madden was named head coach of the Oakland Raiders after the previous head coach John Rauch resigned with the Buffalo Bills as a head coach.

John Madden coached for the Oakland Raiders for 10 seasons before retiring. In those 10 years the team did not have a single losing season and even won it all at Super Bowl XI in 1977. After retiring, Madden worked as a football color commentator on television from 1979-2009. In those years he won 16 sports Emmy awards.